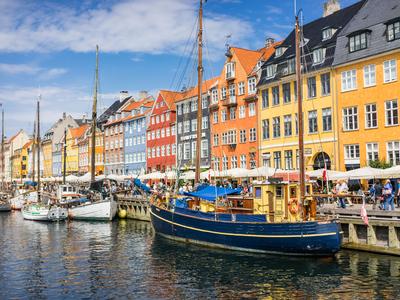 Where does Scandinavian Airlines fly to?

What is Scandinavian Airlines’ primary hub?

Scandinavian Airlines concentrates most of its flight operations in Oslo.

How does KAYAK find such low prices on Scandinavian Airlines flights?

KAYAK is a travel search engine, meaning that we continuously look across the web to find the best deals for our users. With over 2 billion flight queries processed yearly, we are able to display a variety of prices and options on flights from all airlines, including Scandinavian Airlines.

Considered to be the largest airline in Scandinavia, SAS has its headquarters in Sweden and flies to over 123 different destinations throughout the world. For those that are interested in visiting Europe, some popular countries among customers are Belgium, Italy, and Germany, while those planning on taking a trip to Asia can consider flying to either Thailand or Japan.

If you will be flying with this airline, you can choose from three different travel classes, referred to as SAS Go, SAS Plus, and SAS Business. SAS Go provides standard amenities, such as free drinks, a hot meal, and the ability to use the airplane’s entertainment systems, while SAS Plus will give you access to an airport lounge before your flight boards, a comfortable seat that provides additional legroom, and the option of priority boarding.

SAS is a founding member of Star Alliance, an airline group that is composed of many international companies, including Air Canada, Avianca, and United Airlines. The company also has codeshare agreements with several other airlines, such as EgyptAir, Lufthansa, and Swiss International Air Lines.

Out of the airline’s fleet that is composed of over 150 planes, almost all of them are either Airbus, Boeing, Bombardier, or ATR. The Boeing 737-800 is the most commonly used by the company, as it is a comfortable option for middle-range flights and can fit up to 180 passengers. For longer flights that are between two different continents, SAS oftentimes uses the Airbus A350-900, a large jet airliner that can fit up to 300 passengers.